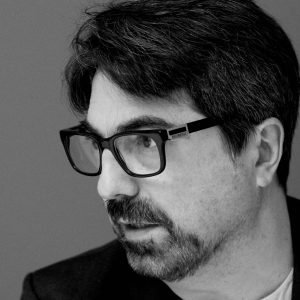 Joe Schievano
pick a track
or
hire this composer
Ductile and versatile specialized composer, his music has the style that the images require: romantic or action, thrilling or fun, exciting or dreamlike. Because music is the other part of the story, beyond the images.

"Specialist Certificate" at the Berklee College of Music in Boston, on composition and orchestration for Film and TV, he studied creation of a soundtrack with Joe Kraemer (Mission Impossible).

Early founder and composer of the Radiofiera group, he composed and published pieces that are still in the live repertoire. Since the nineties he has composed music for commercials and from the new millennium he composes music for films and documentaries.

Among his productions there is the documentary "Inner Me", screened also at the Cannes Film Festival 2016 and already winner of numerous international awards and the trailer of the Sole Luna Doc Festival for the 2017 and 2018 editions.

In the advertising sector the most recent commercials are for Ferrero, Inglesina, Ascotrade, Web glasses, Mondadori, Lumberjack, Thun, Missoni ...

He is composer and artistic director of songs for pop singers.
0