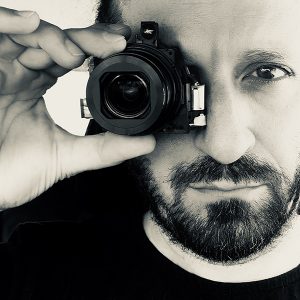 Gianni Latrofa
pick a track
or
hire this composer
Gianni studies at the Conservatory classical organ and composition. After the certificate he joined bands of major pop Italian artists and within a few years was arranging and composing for those artist.​
He moved to London after producing some dance tunes for Flying Records (BMG) and Dig it. Back in Italy he worked in TV (Telenorba) as a music consultant for variety shows as a pianist and composer.
In 2007 Gianni released his first instrumental original album entitled “Cobalto”, followed by 'Viola' in 2008. “Infinito” was released in 2011, followed by "Piano Bells", holiday EP produced to celebrate his partnership with WorldSound Productions (U.S.).
"Ambra" (2014) is a piano and synth release with new stories and feelings. In July-August 2015 Gianni composes the soundtrack of an Italian featured movie, "Quelli dell'Ariamara".
He worked as music director, composer and arranger for IDOTEA's music productions, where his music is featured in movies and short films. His newest release is "Spirito Nuovo" with a new artist name, Vanvenice (october 2017). This album is a special and delicate tribute to his hometown Venezia (Italy), in a minimal piano style.
0