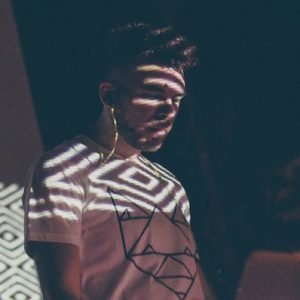 Claudio Mazzarago
pick a track
or
hire this composer
Claudio Mazzarago is a drummer and producer of electronic music.
Always a drummer and percussionist, in 2004 he moved to Rome to perfect his drum studies and began teaching in various musical academies of the city. It is in this period that the “electronic addiction” is born and GiaGGio is dedicated to the first electro\dance productions and to the first live sets in the clubs. In January 2014 he founded the digital label “Sdrumità Records” which publishes on the main digital portals (Beatport, Juno, iTunes, Spotify), mainly in the “Dj Tools” sections. In March 2014 his electronic release of the song “Swingin’London” by “The Yellow” becomes a track of the week on MTV New Generation. His Live Sets are very focused on groove research and tend to give the latter a primary role while maintaining a melodic progression.
In 2014 he won the “Biennale MArteLive”  for the DJ section, a festival that honors art at 360°, selecting the best Italian artists.
September 2015 sees him engaged in a European tour that touches the cities of Vigo (Spain); Valka (Latvia); Berlin (Germany); Brussels (Belgium); Liverpool (UK); Paris (France).
In the summer of 2016 he performed in New York City (USA) where he premiered his single “Life in the Middle East”. Thanks to the feedback obtained overseas, in the following autumn, he embarked on a tour between USA and Canada that touched the cities of New York City, Toronto, Oakland (CA), Santa Cruz, Los Angeles.
After a tour in Italy, in 2017 he resumed his international vocation, performing several times in Barcelona (Spain), Exeter (UK) and Berlin (Germany).
0